The final week of Code 201 was essentially a small hackathon: Taking everything you’ve learned (and anything you’re willing to learn quickly), make a project concept, model the domain, and then, as a team, build it. I worked on a team building a Welcome to Seattle web app, answering the first question any potential resident would ask themselves. Where should I live?

With only four days to work, our group knew we had to carefully model our domain – to really understand, before writing a single line of code, exactly what we needed to keep track of and what we wanted our app to do. Thankfully, we had whiteboard desks available: 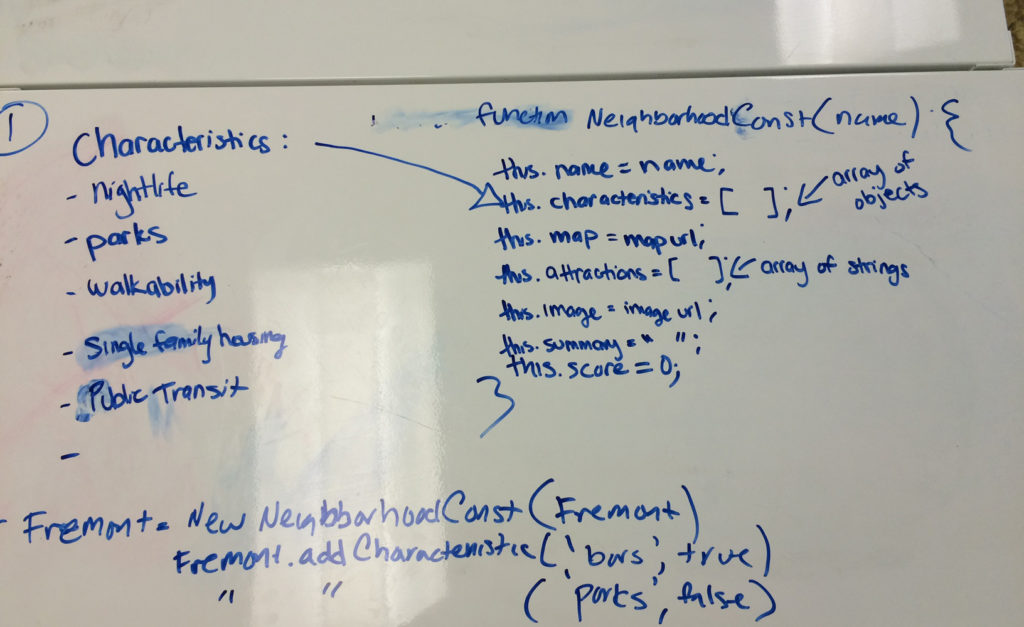 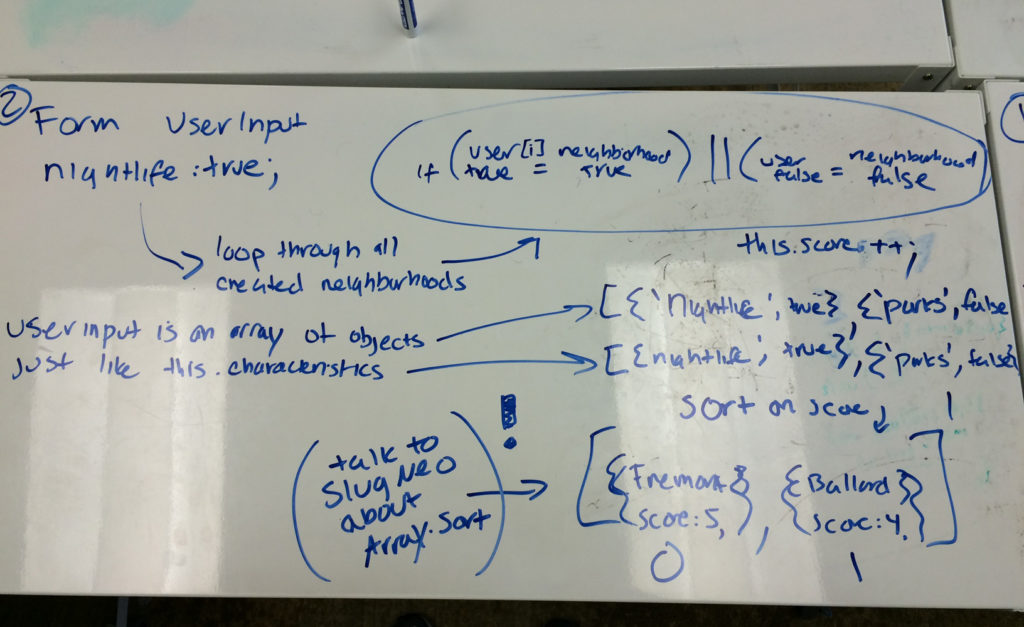 We spent several hours on this – longer than either of the other two groups in our class. At the time, I remembered feeling a little intimidated – did we spend too long on it? Were we behind? But as the week went on, and especially when everyone did their group presentations at the end of the week, I think we all felt validated: It was time very well spent. Our group always had a consistent, clear understanding of what we wanted to happen – actually getting there wasn’t a cakewalk, no, but we knew what we wanted both individually and as a team. It paid huge dividends towards productivity for the entire week. We had almost no issues of misguided development time or duplication of effort.

We tracked issues with waffle.io; the github integration was key for our purposes because we were building the whole thing as a collaborative repo on Github. Because this was a group project we also had twice daily standups – one for the morning and one for the afternoon. We found that dividing each workday into two pieces like that helped us keep the project manageable – nobody would bite off more than they could chew or go too crazy trying to build a particular feature.

Featurewise, the high points of the project were:

Due to the learning environment at Code Fellows (100% Chrome, and about 95% OSX) it has some bugs – we didn’t develop mobile first and Safari has some problems with the sorting, but our goal was “make it look good” on a projector for a presentation. We came in on-time, met the requirements, and (in my opinion) produced a good looking product. 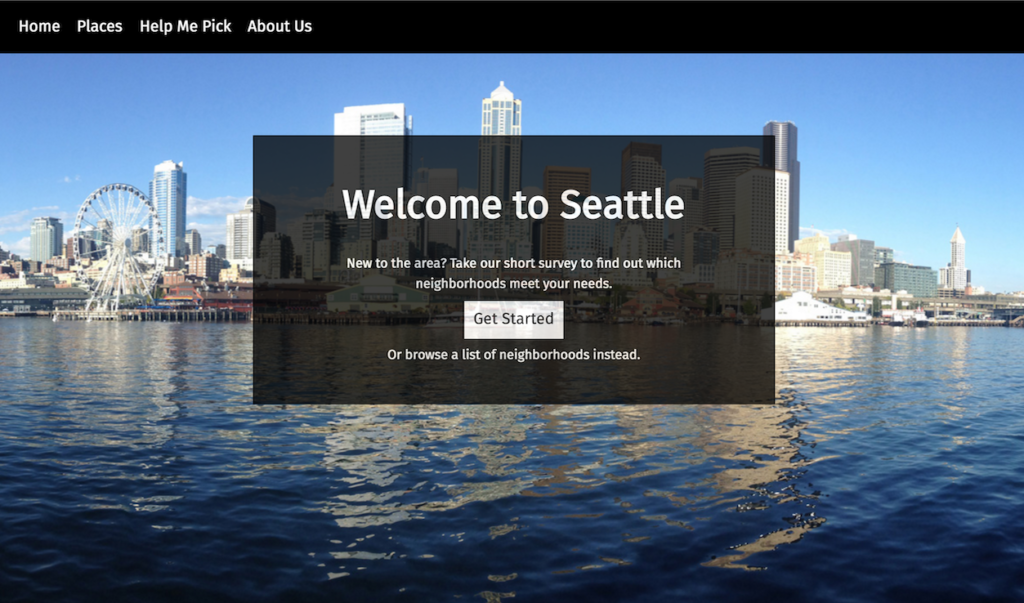